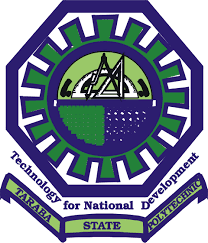 Admission list contains names of candidates offered provisional admission to study a particular course in the tertiary institution for a given period of time.